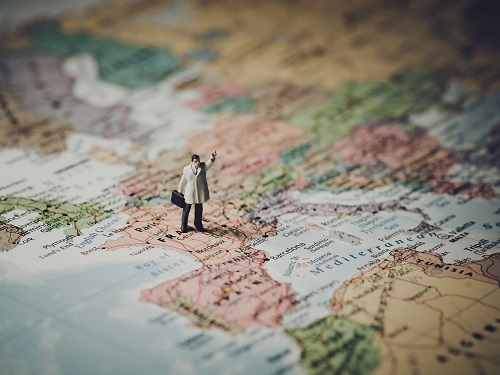 Google has announced the rollout of its “interpreter mode” real-time translator on Assistant-enabled Android and iOS phones worldwide.

A Back and Forth Conversation

Google says that interpreter mode means that you can now use your mobile phone to have a “back and forth conversation with someone speaking a foreign language”. In fact, interpreter mode comes loaded with 44 languages, and since it’s integrated with the Assistant it’s already on your Android phone. Those with iOS can also use interpreter by downloading the latest Google Assistant app.

How To Use It

To operate interpreter mode Google says that all you have to do is say e.g. “Hey Google, be my German translator” or “Hey Google, help me speak Spanish”, after which you’ll be able to see and hear the translated conversation on your phone. Interpreter has some built-in ways to make your foreign language conversations faster and smoother, such as, after each translation, the Assistant presenting Smart Replies, and giving you suggestions that let you quickly respond without speaking.

Interpreter mode offers different ways to communicate which you can use according to your situation e.g. type using a keyboard for quiet environments, or manually select what language to speak.

Other Translation Tools Are Available

Google’s offering is not the only translation tool available for use on mobile devices. There are a number of different apps and services including iTranslate Voice, SayHi, TextGrabber (for reading foreign text), Microsoft Translator, WayGo, and more.

A recent EU survey showed that, sadly, only 38% of British people can speak more than one language and this statistic highlights a real need for this kind of service among UK people travelling abroad.

The Interpreter mode could clearly be very useful for business (and personal) trips overseas in removing language barriers. As well as allowing you to hold basic conversations without any personal knowledge of a language, it may prove very useful for things such as researching and checking travel/flight information, finding local restaurants and landmarks, getting recommendations, and holding business conversations which can sometimes involve the use of more complex and specialised words and terms in foreign languages.