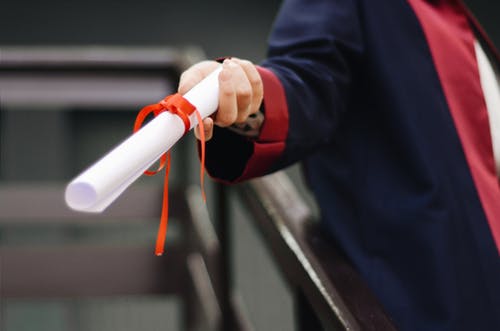 Why Get Referrals Anyway?

“I get all my customers by referrals, mate” is the most common response (or some derivative of it) that I have received, by a long way, from the thousands of business owners I’ve spoken with about their marketing. Indeed, in many cases, it’s the only form of marketing that the business owner has ever known. Often, they have been plodding along happily (in some cases for many years) relying solely on referrals as their source of sales leads and they actually view other forms of marketing with suspicion.

The majority of these same people (who proudly cite their referrals-only ‘strategy’ as something with pride) have neglected (or actively eschewed) other forms of marketing whilst having little or no structure for gathering their referrals. In other words, their entire business development (and therefore their personal wealth and the financial wellbeing of  their dependents) is entirely based upon the erratic and random whims of their clients. In other words, their business-generated wealth is based purely on luck.

Leaving everything to chance (if you have no control over something then it’s chance) is, by definition, risky. It’s important not to get lulled into a sense of false security by having just one method of generating sales leads which may have worked historically.

Having no proper process in place to deal with referrals is wasteful and kills a lot of opportunities. I’ve often wondered just how much further these people could get (many of whom are nevertheless successful) if they just had a systemised process for acquiring referrals.

To substantiate that statement, let’s quickly review a few of the benefits of referrals …

Dale Carnegie has been credited with saying  “91 percent of customers said they’d give referrals when prompted to do so, yet only 11 percent of salespeople ask for them”.

The New York Times noted in an article that 65% of all new business in the United States comes from referrals.

From a study by Advisor Impact “whilst 85% of clients were comfortable giving  referrals, only 29% actually did give one.”

Influitive.com stated that of those companies with referral programmes in place :

Data from Marketo Institute shows that the referral is the best acquisition channel for conversion rates at almost 4 times the average.

I think that’s enough statistics for now. Hopefully, this has made the point.

So, in short, when someone is referred to you, they’ll likely trust you right from the beginning, cost less to acquire, are more predisposed to buy from you, spend more with you, have greater loyalty to you and are more likely to refer others too.

Considering all these benefits of referrals, plus other spin-off as well (such as letting you know that you’re doing something right and having increased energy/morale in your team) it is clear that the whole process of getting referrals is too important to be left to chance.

And yet, people simply aren’t asking for referrals in a systemised way. Why not? Because they …

Before we examine how to systemise referral generation, it’s useful to stop for a moment and consider why people give referrals in the first place, then look at why they don’t give them. In this way, we can be aware of those barriers to address,  before mapping out our referral process.

Next Time : Problems With Referrals …