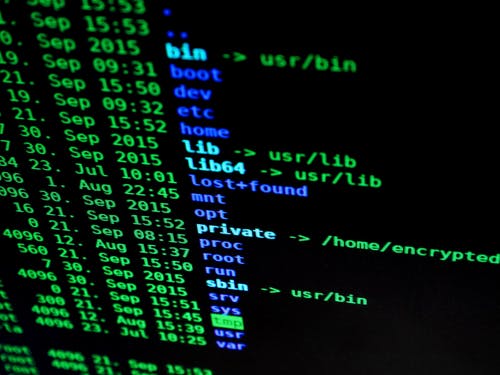 Encryption comes from the age-old science of cryptography.  In the digital world of today, encryption refers to using electronic devices to generate unique encryption algorithms which essentially scramble messages and data, making them unintelligible to anyone who tries to intercept them, and also to provide an effective way to lock our electronic devices.

Encryption can be used for most things that have an internet connection, such as messaging apps, personal banking apps, websites, online payment methods, files and more.

Cybercriminals seek our personal data (especially financial details) which they can find in our files, on our personals devices, and on websites / platforms and places online where we have submitted that data e.g. for registration/login, payment, in the form of emails and other messages, and our personal data may be stored in many different places (servers and databases) across the Internet and the digital world.

Verizon figures show that nearly one-third of all data breaches in 2018 involved phishing and that phishing was present in 78% of cyber-espionage incidents and the installation and use of ‘back-doors’.  Also, IT Governance figures, for example, show that 421,103,896 data records were confirmed to have been breached in October this year (still only 50% of the monthly average!) in 111 incidents (including the compromising of sensitive and financial information).

A recent nCipher survey showed that the main driver for encryption is the protection of sensitive information and that organisations use encryption to protect intellectual property and the personal information of their customers.

Note: You will often hear the term ‘keys’ used as part of the explanation of encryption.  Keys in this sense means a random (but unique) string of bits that are generated by an algorithm to scramble and unscramble data.  Generally, the longer the key, the harder it is to break the encryption code.

Symmetric encryption uses the same (identical) key for encrypting and decrypting data. With symmetric encryption, two or more parties have access to the same key. This means that although it is still secure, anyone who knows how to put the code in place can also reverse engineer it.  Symmetric key encryption is generally used for encrypting large amounts of data efficiently e.g. 256-bit AES keys are symmetric keys.

Public key encryption is widely used and is useful for establishing secure communications over the Internet e.g. for TLS/SSL, which enables HTTPS.  For example, A website’s SSL/TLS certificate is shared publicly and contains the public key, but the private key is on the origin server i.e. it is “owned” by the website.

There numerous common encryption algorithms and methods.  These include:

In addition to Blowfish and Twofish, other free encryption tools include LastPass (a popular password manager), VeraCrypt (available for Windows, OS X and Linux OS), and FileVault2 (good for encrypting data on macOS devices and Mac hardware).

Windows 10 includes its own encryption tool ‘BitLocker’ which enables you to use encryption on your PC’s hard drive and on removable drives.

WhatsApp and its end-to-end encryption were criticised by Amber Rudd in 2017 (who was Home Secretary at the time) when it was revealed that the first London Bridge terror attackers used WhatsApp to plan the attack and to communicate.  This led to government calls for ‘back-doors’ to be built-in to WhatsApp and other end-to-end encrypted communications tools to allow government monitoring.  These calls were resisted on the grounds that building back doors means that security is compromised, and cybercriminals could also exploit these back doors.

Although encryption provides effective security and privacy it is not always infallible. For example:

As well as the quantum threat, there is also some concern among tech and security commentators about the encryption and anonymisation technology that is being used to hide criminal activity e.g. on the dark web.

In the (immediate) future therefore, some companies are seeking to address the threat posed by quantum computers being able to crack existing encryption algorithms. Estimates of when there will be commercially available quantum computers range between 10 and 20 years, although state-sponsored use of quantum computers for wrongdoing could conceivably happen sooner.

The National Institute of Standards and Technology is already pushing researchers to look ahead to this “postquantum” era.

In the meantime, with cyber threats evolving at a fast pace, companies and organisations that don’t use encryption as one of their security tools are effectively making things too easy for cybercriminals to access their data, with potentially devastating consequences.